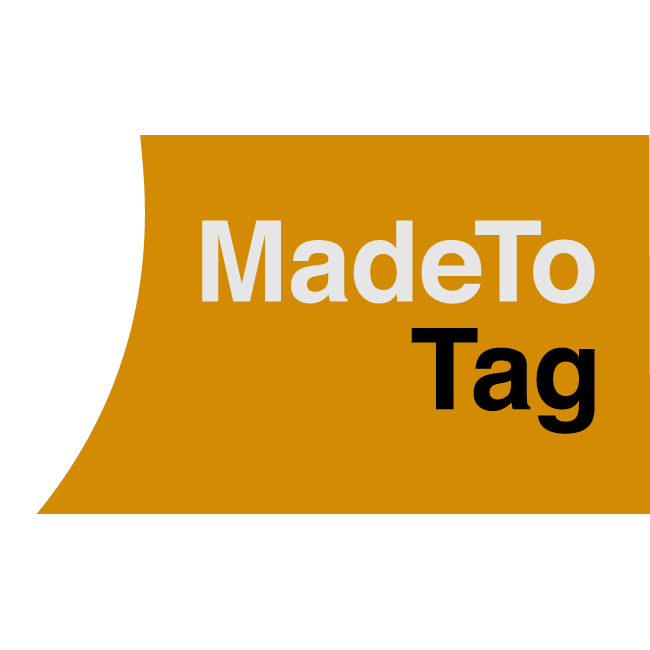 Over the last few months, axaio software has been working extensively on how to handle mathematical expressions in the context of MadeToTag. There are users who need to export InDesign documents as accessible PDF documents, containing a variety of equations and other mathematical expressions. At the same time, the PDF/UA standard guidelines do not yet contain any concrete specifications as to how this type of content should be tagged or output in PDF to ensure comprehensive accessibility.

After intensive research and discussions with customers from various sectors, such as the science industry, the school and education system and the publishing industry, axaio software has come to the conclusion that there cannot be only one correct approach: the way mathematical content is consumed varies in manner and intensity, depending on the context and background of the reader, i.e. the person who finally consumes that content. Accordingly, the methods used for the accessible implementation of mathematical expressions in tagged PDF should also offer different variants.

As a result of the strategic cooperation with the German manufacturer movemen, a first variant for MathML (Mathematical MarkUp Language) support in MadeToTag was developed, which we are proud to announce today. The company movemen is the developer of MathTools, an Adobe InDesign/InDesign Server plug-in. MathTools provides a typographically correct way to create and format mathematical expressions, such as equations, directly in Adobe InDesign. The equations are displayed as text and can be edited directly with the text formatting tools in InDesign. The workaround using embedded images or objects can thus be avoided. 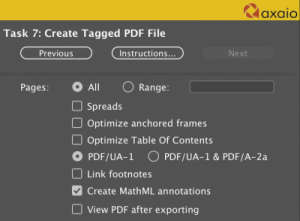 MathML is a markup language that describes the structure of a mathematical equation in order to better understand its semantics. With the new version 1.9.100, you can now choose in MadeToTag’s output process to place the MathML as an annotation over the mathematical expressions (formulas, equations, fractions) in the PDF/UA. The only requirement for taking advantage of this new MadeToTag feature is that you are working with equations that were previously set in InDesign by MathTools from movemen. In order to use this feature in MadeToTag, you need to set the check mark for ‘Create MathML annotations’ in processing step 7 ‘Create PDF file with tags’. Then the annotation will automatically be placed over all formulas contained in the document.

Contrary to equations which were included as embedded images or objects, the equation's semantic structure is furthermore available as MathML and can therefore be better supported by assistive technologies.

As already mentioned, axaio software has set itself an objective: implementing additional variants for representing mathematical expressions in tagged PDF/UA in the next months – let's stay curious.

Karina Zander began her professional career in the automotive software industry before moving to the print and publishing branch in 2003. Karina has been active in the field of prepress software commerce for over 15 years. Before joining axaio in 2009, she worked as Marketing Manager for callas software, whose sister company axaio is. At axaio Karina is responsible for …

MORE POSTS FROM Karina
ALL POSTS BY Karina

Datalogics Inc, is now on Dockerhub