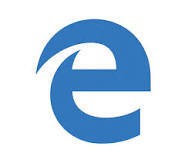 What does support PDF really mean? 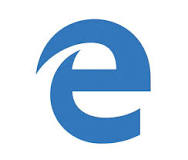 Browsers are taking over document viewing. Where 10 or even 5 years ago users viewed PDF documents almost entirely via dedicated PDF software (often a plugin to a web-browser), today PDF files are most often viewed using implementations native to Chrome, Safari, etc., or on mobile devices.

Thats a problem, because PDF support in browsers and mobile devices is largely limited to rendering, and sometimes, incomplete rendering.

Microsoft released their new Edge browser in Windows 10 as the company's replacement for Internet Explorer, the browser which took Microsoft from the very beginnings of the Internet until 2015.

The first thing to say in considering Microsofts Edge with respect to PDF support is that Microsofts development team are very open about the products shortcomings. This is commendable.

The Edge team posts Standards support statements. Pertaining to PDF, they identify (generally) the PDF features they do not fully support, or as they put it: The Microsoft Edge product implements the PDF specifications, with variances as noted in this document.

As attested by Microsoft, Edge doesn't support many of PDFs advanced capabilities. This isnt surprising; at this point, almost no browsers do, and it would be wrong to call out Edge for its lack of support for bookmarks, Optional Content Groups, tags, and many other features while its competition also fails to support these features.

However, the Edge team does not even claim support for the proper display of many commonplace PDF features. As of early June, 2016...

What will users experience?

The above list virtually guarantees that those viewing PDF documents with Edge will find that some pages appear other than the author intended. Some pages might be blank. Others, possibly missing images or other content.

What does this mean?

PDF is first and foremost about the reliable conveyance of a fixed-layout document. In this context the failure to support core features of the PDF specification that affect viewing is... unfortunate.

People use PDF precisely because they trust the format to display precisely the same way on any software that supports PDF. If users start to see blank pages or missing images they will begin to mistrust their own documents, and those they receive from others or posted on websites.

Unlike HTML/CSS/JavaScript confections, the appearance of PDF is completely specified in the file itself; nothings left up to the implementer. You are either rendering PDF pages, or you arent.

Viewing software that claims to support PDF at all must, at a minimum, deliver more-or-less the same visual and printed experience as users would receive from software that supports the specification in all necessary detail.

Color-calibration and dynamic XFA isn't the issue; there are many advanced features not all devices will support at all times. But missing or disappearing objects in conventional PDF documents? That's not OK.

Its bad enough that mainstream software such as Apple's Preview ignores and destroys PDF features such as digital signatures and tags. At least Preview does a creditable job of simply rendering the page.

But what does "PDF support" mean if it doesn't include the ability to display commonplace graphics objects appearing in millions or billions of PDF files?

What is a "portable document" anyway?

The staff of the PDF Association are dedicated to delivering the information, services and value the members have come to …

RELATED NEWS
KPI: Not an end in itself Carsten Luedtge
November 26, 2021

20 years of transparency in PDF