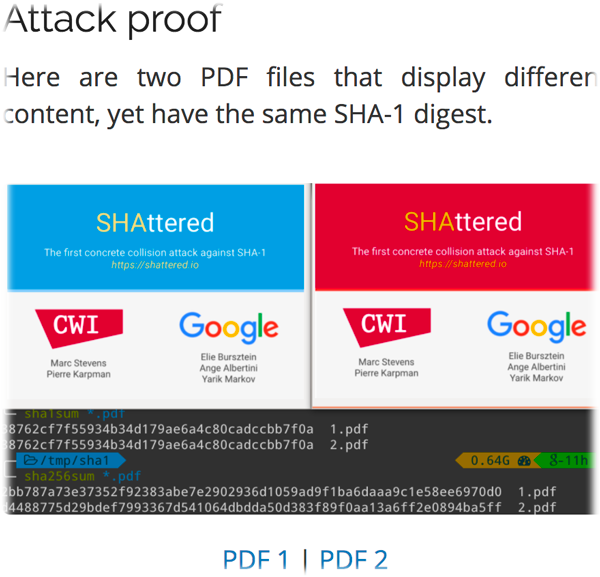 SHA-1 breaks but PDF 2.0 deprecates it 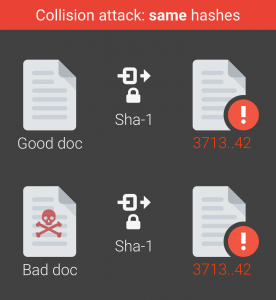 shattered.io reported on Thursday, February 23 that SHA-1, an industry cryptographic hash function standard, has been broken in practice.

Quoted in Ars Technica, one of the lead researchers on the team that broke SHA-1, Marc Stephens, said:

The attack proof provided by the team, and available from shattered.io, happens to use two PDF files that display different content, yet have the same SHA-1 digest.

PDF implementers should take note that ISO 32000-2 (PDF 2.0) deprecates SHA-1. PDF 2.0, which has been (mostly) final for a year now, is in its final editing phase now, and is expected before summer.

A new CEO and Board of Directors