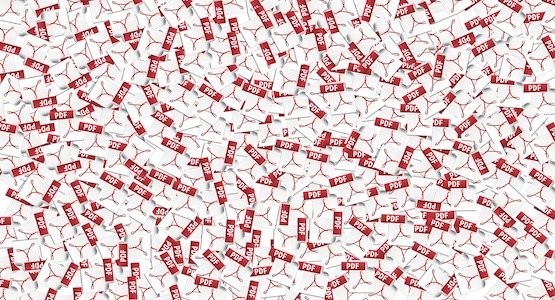 Powerful coexistence of AFP and PDF

The question of data exchange between print data creators and processors has been answered with PDF for the entire graphic arts industry ... wait ... there is actually one industry, the customer communication management (that we Germans call "output management”), which resists and is sticking to the Advanced Function Presentation (AFP) developed by IBM (known as Advanced Function Printing until 1995). What are the reasons? One certainly is that many variable data printing applications are (still) running on mainframe systems that generate such print data as AFP. As long as a company uses these mainframes, there is no acute need for them to advance to PDF - as long as they create all data themselves... But the world changes...

There are serious differences between PDF and AFP when it comes to the graphical model and the power of the page description language. AFP cannot come close to offering the many possibilities of PDF, e.g. with regard to transparency, color management or multichannel colors. This limitation becomes problematic, since also in printed customer communications, outsourced printing is more and more used and that introduces the requirement for data exchange. So, in many cases the output service provider receives PDF input files and - due to the limitations of AFP in comparison with PDF - it is not always a good idea to convert the PDF pages into AFP pages.

On the other hand, AFP has striking advantages over PDF as well: With the Intelligent Printer Data Stream (IPDS), it offers a communication protocol that provides two functions for which there is no powerful equivalent in the PDF world. IPDS is potentially device-dependent and can use and directly address certain features of the printing system (paper trays, finishing options, etc.). In addition, with IPDS, it is even possible for the printer to inform the host (computer) responsible for generating the print data of its properties, so that the generation program can generate the IPDS data stream directly with regard to the specific output system. IPDS also acts bidirectionally in case of error messages. This enables the printing system to inform the generation program if a data record, e.g. an invoice, could not be successfully output, so that the program can react and send the data record to the printer again. This last point is essential for many workflows and cannot be satisfactorily solved with PDF.

From today's perspective, the ideal way would be to combine the greater performance and market dominance of PDF with the established and IPDS standardized communication capabilities between AFP-enabled computers and printing systems. And luckily this is not impossible. First, because all printing devices these days come with PDF DFEs on board, so the technology to process PDF is already there. The AFP Consortium, the "guardian" of the AFP format, has responded to these needs by further developing its format so that single or multi-page PDFs can be embedded in an AFP stream as an "object container”. And as I have learned during a recent user group event "GSE Tagung”, this is already used by roughly 50% of the companies present there.

The AFP Consortium has submitted this specification to ISO for standardization. It is currently being processed as ISO 22550 "Document management - AFP interchange for PDF" and is expected to be published very soon without significant changes. This enables processes in which the print data producers send PDFs to the print service provider, who then combines (embeds) them with AFP and outputs them via IPDS as before. From today's perspective, this is a (almost) perfect solution for combining the best of two worlds.

The PDF based prepress industry is in these days characterized by automated processes that convert, correct and analyze (preflight) PDF files for production. This is now also a requirement in printed customer communications - but my takeaway from the GSE Tagung is that many print jobs are recurring jobs that are always created with the same producers. So, requirements here are not as extensive as e.g. in commercial print.

We can now correct the above statement that customer communications resists PDF in favor of AFP - they rather package it into their workflow formats. But it is still a valid question what “Desktop Publishing” (in the sense of not-mainframe publishing) has to offer as pendant to AFP/IPDS? PDF 2.0, which allows page-based metadata with DPart, has been available since mid-2017. This allows pages and page groups, e.g. for invoices, to be separated from each other and to be easily extracted according to criteria such as postal codes. It is also possible to mark pages in such a way that the print device outputs them via a specific paper tray. However, PDF 2.0 only defines the syntax for such metadata structures and leaves open which metadata identifiers are used for certain applications. Interoperability between different systems is obviously not yet possible.

This gap is closed by another ISO standard currently under development: ISO 21812-1 "Print product metadata". It defines the mentioned and many other standard metadata that can be used in DPart structures. This standard is based on XJDF, an offshoot of the Job Definition Format (JDF), the standard job ticket format for the graphic arts industry developed by the International Cooperation for the Integration of Processes in Prepress, Press and Postpress (CIP4). The remaining issue is the communication between printer (worker) and host (manager) which in the PDF world could potentially be addressed by the JMF standard (also published by CIP4) and implemented by many vendors of digital printing machinery. It is, however, not very much used in todays workflows.

From the current perspective, "AFP interchange for PDF" as a solution for combining PDF with the IPDS communication protocol is ideal against the background of the current system landscape. It remains to be seen whether the market will completely abandon AFP and start to rely on technology developed "by the rest of the graphics industry". One trigger could be that mainframe computers in this environment will be replaced by standard systems or even cloud-based solutions. It would not be the first time that cheaper hardware is the driving force behind the introduction of standard transfer formats and PDF has often been the winner. On the other hand, AFP and IPDS are well-established players that are also standardized and freely available.