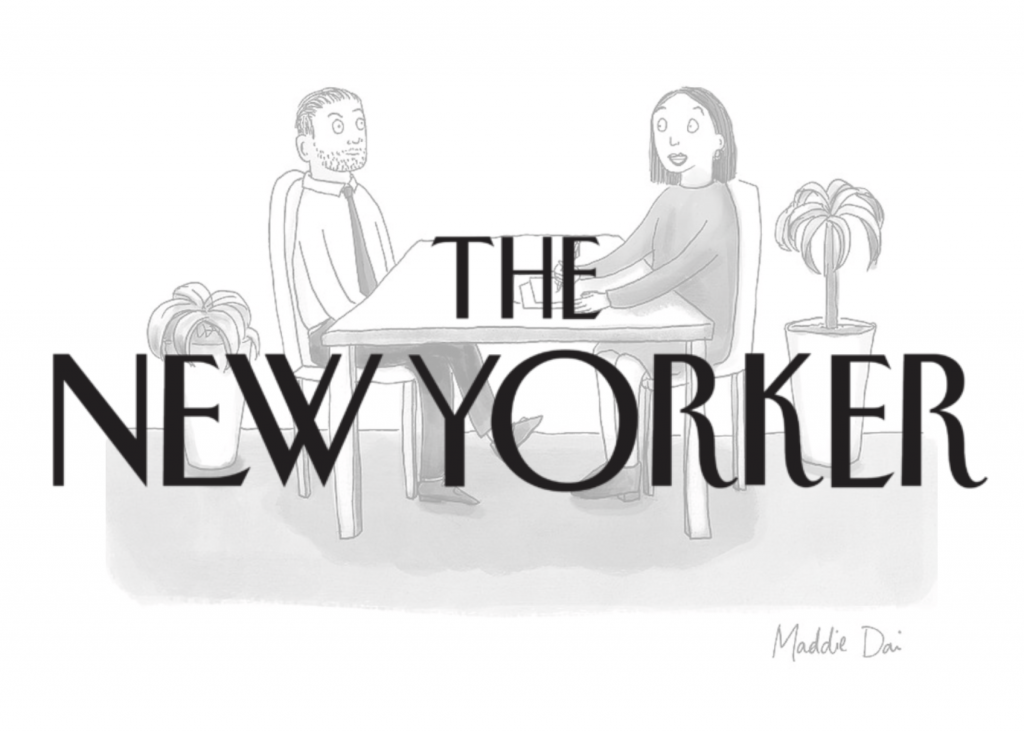 Finally! PDF has made it into a New Yorker cartoon!

For many Americans, and certainly for the New Yorker's many fans around the world, there's a certain feeling that comes with being referenced in a New Yorker cartoon. In some fundamental way, you've arrived; you are somehow inherent to general understandings of this world.

Since 1925 the New Yorker has brought wit, insight and theatre reviews to the literati of Manhattan and beyond. In recent decades the weekly magazine has grown into a cultural icon, with deep coverage of culture, the arts, current affairs and hard news.

World-famous for its cartoons, the January 20, 2020 edition includes the following cartoon (its caption is reproduced following the image):

Let's unpack this cartoon from the PDF point of view…

We start by noting that it's a very small number of technologies have ever been mentioned in New Yorker cartoons. Your correspondent has read the New Yorker for many years and can only recall a very few. It's not a long list.

PDF is ubiquitous and essential

The cartoon implies that PDF is fundamental to business operations. Everyone who works in an office these days can be expected to recognize PDF. Making PDFs from JPEGs, after all, is the sole reason Derek was (previously) employed!

The cartoon wryly highlights the undeniable reality that many users don't know how to perform even simple, click-a-button tasks. This is my perception, but of course...  I work in the software industry, so I'm a little biased. Someone else may feel that the cartoon is suggesting that of COURSE we need specialists to make our PDFs for us!

Finally, the cartoon is poking fun at organizations that assign dull, repetitive jobs for ill-considered reasons instead of thinking through how employees might otherwise be more productively used.

There are many lessons in the New Yorker, not least in their cartoons…