We're sorry! This URL points to an organization which is no longer a member of the PDF Association.

Member of the PDF Association

MobiSystems has been a leading provider of mobile productivity and business applications for over 15 years. Our solutions extend the usability of mobile devices across platforms, allowing for enhanced desktop-grade productivity regardless of location. MobiSystems is the company behind the …

PDF Pro Software Inc. is a Vancouver-based start-up that develops Windows Desktop-based PDF Editing, Creating, and general tools to work more easily with PDF files. Since our start in 2017, our elegant & affordable All-in-One PDF editors have sold over …

Superace Software Technologies Co., Ltd. is a startup developing PDF converter and editor software. Its star product is UPDF. Now it is available for Windows, Mac, and iOS. Its Android and Web version is on the way. Superace team pursues the … 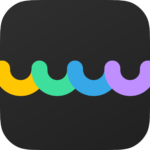 SoftVision Development GmbH, based in Fulda – in the heart of Germany, specialises in software development and has been supporting companies in all sectors for many years with innovative software solutions that ensure reliability, efficiency and cost-effectiveness. Customers across all …

Tech Soft 3D is the leading global provider of development tools that help software teams deliver successful applications, as well as the creator of the 3D format that is part of the PDF standard. Established in 1996 and headquartered in …

Kingsoft Office is a leading software and internet services company based in China. The flagship product — WPS Office is an all-in-one office suite that includes Writer, Spreadsheet, Presentation, and PDF for managing office tasks. With nearly 494 million monthly …

(Previously Productivity Software Business of Electronics for Imaging, Inc. (“EFI”)) eProductivity Software is a leading global provider of industry-specific business and production software technology for the packaging and print industries. The company’s integrated and automated software offerings and point solutions …

sceye-it IS A TECHNOLOGY PARTNER OF SILVERCREATIONS AG SINCE 2018. In Saarbrücken, the capital of Saarland, you will find our scanning centre with its imaging services, as well as hardware production and hardware service. Our location in Rhineland-Palatinate is Neubrücke. …

GEAR.it and Radaee Studio GEAR.it s.r.l., is an Italian mobile developer and integrator founded in 2003. Joining with Radaee Studios, a fast growing start-up from China, in 2012 they are releasing the well-known "RadaeePDF SDK for mobiles".

About GEAR.it s.r.l. GEAR.it s.r.l. is a mobile developer and integrator based in Italy. Over the last ten years, GEAR.it founders developed applications for mobile and embedded markets. During 2005, they were the official market front-end for the leading company PalmSource. People are always looking for the best technical solutions and simple, concrete answers. PDFViewer SDK is GEAR.its answer to the need for PDF management on Android and iOS platforms.

RadaeePDF SDK and PDF/A The engine is fully capable to render this PDF subset. Many applications based upon the tool was developed to integrate within corporate CMS and DMS as mobile client for both public audience and reserved access area.

Membership has its benefits