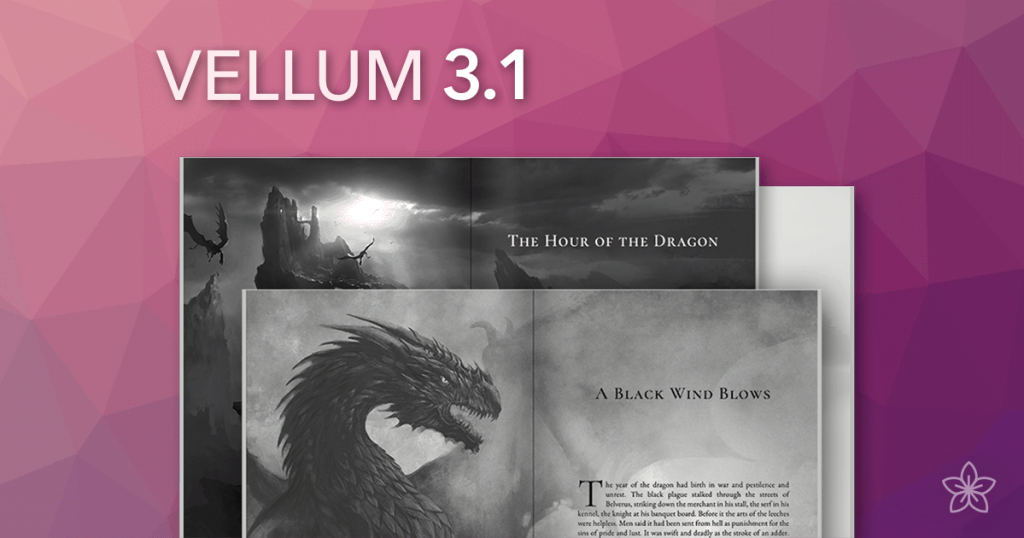 Traditionally, formatting a book for print has required using cumbersome templates in Word, learning complicated software like InDesign or paying a professional book designer. In 2012, Brad Andalman and Brad West founded 180g and created Vellum, software that allowed authors to achieve beautiful results on their own, and in minutes.

In 2017, the team added formatting for paperbacks and hardcovers, helping authors produce files ready for printing via services like Amazon KDP and IngramSpark.

“There was one problem,” explains co-founder Brad Andalman, “IngramSpark prefers PDF/X-1a files and would send a warning that there was a problem with the file. Although files could be converted, we wanted the process to be seamless for our authors who have often been working on their project for a very long time and are excited to see their hard work come to fruition. We wanted Vellum to create a perfect file for printing and not give our authors any stress when uploading their books… we didn’t want that warning message.”

PDF/X-1a is an ISO standard that restricts some aspects of what you can put into a PDF file to make it more reliable for professional print. For example, PDF/X-1a content must all have been transformed into CMYK (optionally plus spots) already, so it puts all the responsibility for correct separation and transparency handling onto the creation side.

“It turns out that creating PDF/X-1a is difficult, and we didn’t want to have to write that PDF software from scratch,” continues Brad. “So, we set about researching ways to add the capability into Vellum. We were looking for over a year. We’d do some research and not find anything suitable and then our search would stop. After a while, we’d get frustrated and begin our search all over again. We tried the Adobe libraries first, but they weren’t suitable for us; they were hard to integrate, and they didn’t have a universal binary version that we could link against. This was important to us because we’re Mac-only software and we needed to stay up to date with the Mac versions.”

Brad then discovered Global Graphics Software’s Mako Core, an SDK that offers several prepress features including conversion, file analysis and optimization among others, and supports multiple PDF ISO standards. Mako ticked all the boxes: it could easily integrate with the Mac, had a universal binary version and could convert to a PDF/X-1a file.

“The team at Global Graphics was immediately responsive. We were able to integrate Mako in two days. It wasn’t perfect, but it showed us that it was going to work and it would be technically possible,” explains Brad.

The team evaluated Mako for over a month, testing it to its limits and printing stacks of books in the process to ensure that the final product would look its best.

“Most of our authors write fiction and don’t include graphics or images, but Vellum does allow heading backgrounds, where authors can put images behind the first page of their chapter. This requires a lot of color-space tweaking and flattening, and Mako helped us there as well. We used to do the flattening ourselves but that was problematic. Initially we had to reach out a couple of times to fix bugs to get those images looking perfect. Now we generate PDFs first using Apple’s built-in PDF generator for every chapter, then we use Mako to combine and flatten all the images. We found that was the easiest way for us to integrate and gave us a lot of flexibility.”

Vellum now creates files in PDF/X-1a and they are immediately accepted by all self-publishing services, including IngramSpark: no more warnings!

“We’re happier… and our customers are certainly less stressed: we used to receive at least three emails per week from stressed authors saying they received a warning message when uploading their book. Now we don’t receive any,” explains Brad.

“Integrating Mako into Vellum has reduced our customer support load significantly and that has been a huge benefit.”

“Using Mako has helped us to reduce the time we spend on customer support, so we can concentrate on adding new features to Vellum. By integrating Mako and using PDF/X-1a we have also been able to do a lot of other things that we had been putting off. For example, the PDF library that we used for Apple meant that we couldn’t set our metadata explicitly ourselves. Even though we tried, there were bugs in the Apple implementation and in Mako it all just worked seamlessly. Also, by integrating Mako we had access to not just PDF/X-1a, but a few other standard PDF creation features that we were able to leverage and use super quickly to make our PDFs pass all the requirements of all the major online self-publishing services.”

“By integrating Mako we had access to not just PDF/X-1a, but a few other PDF creation features that we were able to leverage and use super quickly to make our PDFs pass all the requirements of all the major online self-publishing services.”

“We reported a couple of bugs we encountered with Mako and the team at Global Graphics fixed them in no time, which was wonderful. There were also times when the issue was at our end and the team at Global Graphics would advise us what to do, which was just as useful. If the software engineer for Mako didn’t have the answer immediately, he knew someone who would be able to help.”

Based in California, 180g was founded by Brad Andalman and Brad West in 2012. Prior to founding 180g they worked for a combined thirty years at Pixar Animation Studios where they helped to create Pixar's feature films and develop its next-generation animation software.

Global Graphics Software develops innovative core technology that is used by manufacturers and software developers in digital printing solutions. An expert in PDF since the early days of the format, Global Graphics has always taken an active role in industry standards setting bodies and associations and today, our Distinguished Technologist …

Announcing the release of iText Suite 7.2.5