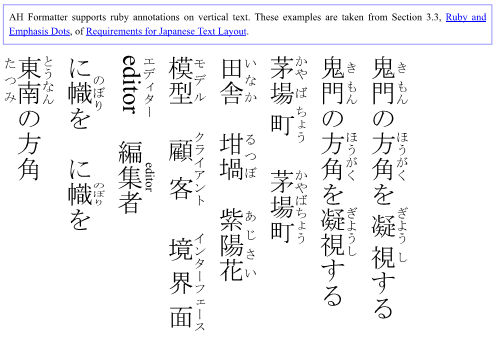 JLReq is a W3C Note that "describes requirements for general Japanese layout realized with technologies like CSS, SVG and XSL-FO."

This tutorial uses the same headings as the 11 August 2020 version of JLReq.

Founded in 1984, Antenna House, Inc. is a global software company that works to make your documentation development and processing easier every single day. We specialize in providing enterprise solutions for high volume, automated document formatting and conversion needs. Our signature product, AH Formatter, is based on the W3C recommendations …